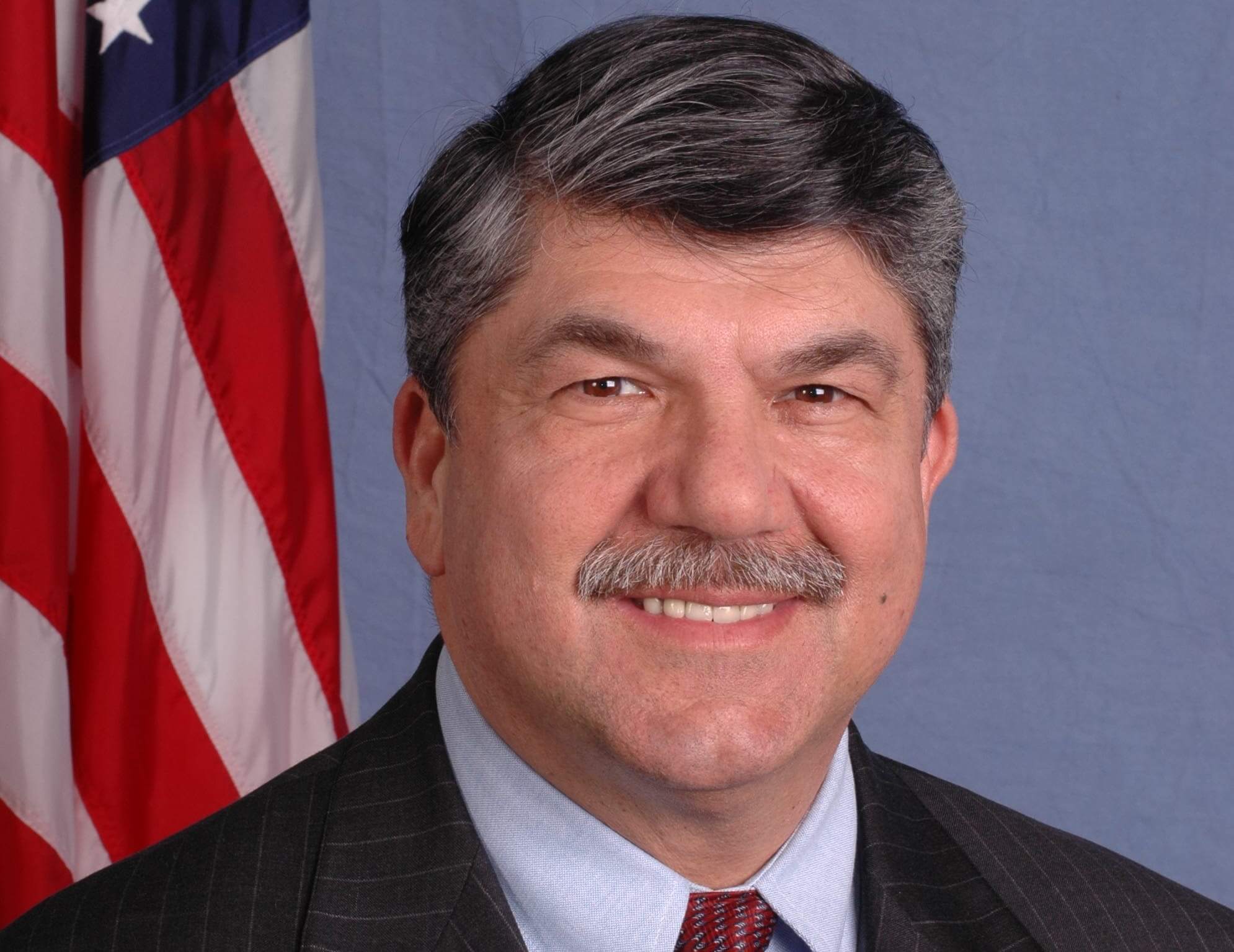 Richard Trumka, AFL-CIO President, died on August 5, 2021 at the age of 72 after a lifetime of service dedicated to America’s working families.  He worked to guide the labor movement amidst rapid changes with his signature emphasis on capital stewardship, organizing rights, global solidarity, and working-class political power.  He brought a sharp wit, persuasive style, and a stubborn commitment to workers’ rights to all that he did, including his recent 2020 address to the LAWCHA’s annual meeting.

As a labor leader, Trumka straddled two eras. He had one foot firmly planted in the industrial-based twentieth century labor movement.  A third-generation miner, Trumka came of age during the 1960s and 1970s when labor’s influence was most robust. He rose through the ranks of the United Mineworkers of America union (UMWA) and worked in the coal mines while in college.  He was elected president of the UMWA in 1982, at age 33, and soon earned a reputation for militancy, especially in his bold leadership of the Pittston strike in 1989-90.

Yet Trumka also understood that the labor movement must step forward to build power for working people in the twenty-first century.  Alongside John Sweeney and Linda Chavez-Thompson, he sought to reform the labor movement through the “New Voice” insurgent slate, and was elected in 1995 on a platform that emphasized new organizing, diversity, and innovative strategies for growth.  As Secretary-Treasurer of the AFL-CIO, Trumka led the movement’s efforts to bring worker rights to the capital markets, and to hold out-of-control corporate power in check. He helped champion the AFL-CIO’s revision of its immigration policy, calling for a path to citizenship for undocumented workers.

The labor movement itself has been a turbulent mix of these two eras for the last forty years, and Trumka drew strength from both.  For example, in his nomination speech for AFL-CIO President in 2009, he proclaimed “We need a labor movement that’s not afraid of new ideas – and understands that nostalgia for the past is not strategy for the future.”  Yet he also knew that his influence had a particular pull with the white male union members who worked in old-line industries.  He boldly called them out for hesitating to support Barack Obama’s presidency in 2008: “There’s only one really bad reason not to vote for Barack Obama. And that’s because he’s not white,” Trumka declared in a speech to the United Steelworkers that went viral.  As AFL-CIO president, Trumka emphasized workers’ voice in the future of work, and was instrumental in renegotiating the North America Free Trade Agreement.  He strongly backed President Obama’s efforts to reform health care, and championed the Pro Act and the Biden Administration’s Build Back Better plan.

Trumka addressed the LAWCHA annual meeting in April of last year via Zoom, in the midst of the chaotic first weeks of the coronavirus pandemic, and emphasized the need to protect working families. He insisted that solidarity was most important in times like these, and called the pandemic the “biggest challenge we’ve faced since the merger of the AFL-CIO.” He discussed the need for more unemployment insurance and protecting workers’ safety on the job, and emphasized the extent to which undocumented workers and immigrants were particularly hard hit.

Trumka’s final speech was recorded and shown the night before his death to the 1100 striking miners at Warrior Met Coal Inc. in Brookwood, Alabama. His fiery and inspirational leadership style was on full display as he urged miners to stay strong for a fair contract.  “You, brothers and sisters, are the reason for Warriors’ prosperity.  We will not sacrifice our dignity for their profit.” At the time of his untimely death, Trumka remained a dues-paying member of UMWA Local 6290.  May he rest in power.