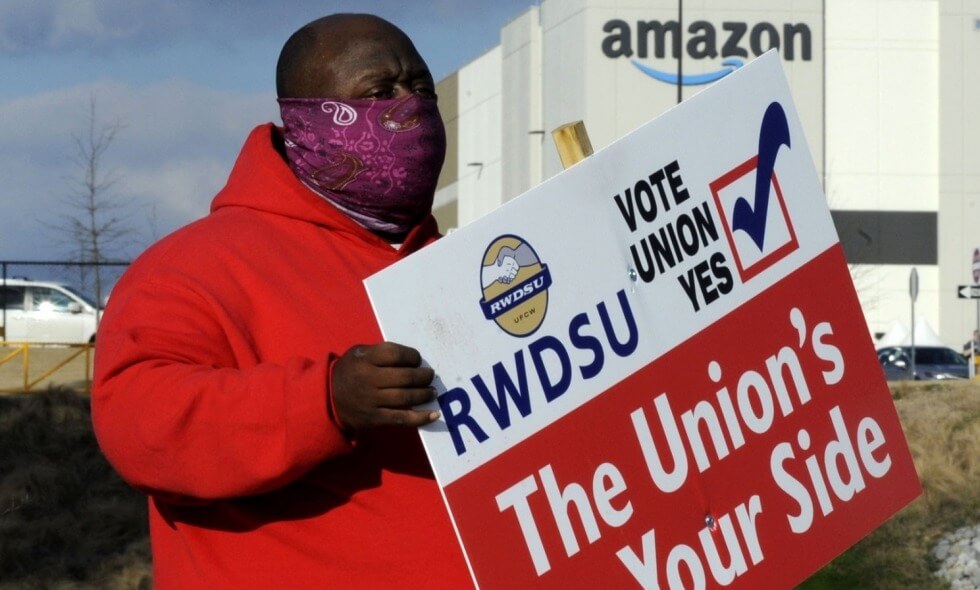 John Logan
John Logan is Professor and Director of Labor and Employment Studies at San Francisco State University and a visiting scholar at the University of California-Berkeley Labor Center. Between 2000-2009, he was an assistant and associate professor of comparative employment relations at the London School of Economics and Political Science. He has published widely on employer opposition to unionization and on anti-union law and consultant firms.
View all posts by John Logan »

Ever since the RWDSU’s election lost to Amazon in the most-watched union campaign in decades, we have heard from celebrity-seeking “organizing experts,” most of whom weren’t in Alabama, didn’t speak to anyone involved in the RWDSU campaign, yet know exactly what the union organizers did wrong and what they should have done in order to be successful. These critics have organized zero multinational corporations using their proven “deep organizing” methods, and none have taken on Amazon in the USA in the past 25 years. One scathing attack on the union, “Blowout in Bessemer,” published in The Nation within minutes of the result being announced, states that  “the results were not surprising, however, for reasons that have more to do with the approach used in the campaign itself than any other factor.” The majority of the widely shared article criticizes aspects of the campaign that I have contended did not exist (), while those most involved with the campaign have also pointed out its multiple inaccuracies.  Other scholars, such as leading labor historian Nelson Lichtenstein, has offered a similar critique.

What did the Amazon organizers ever do for us?

Almost as remarkably, Blowout also accuses labor journalists such as Steven Greenhouse, Josh Eidelson and Kim Kelly of “overhyping” the RWDSU campaign and damaging labor’s cause in the process: “When media folks prioritize clicks and followers over reality, it doesn’t help workers, and probably hurts them.” Legendary New York Times labor reporter Greenhouse has already taken issue with this cheap shot against groundbreaking journalism . The criticism is utterly preposterous: these journalists, and many others, have published meticulously researched and balanced stories that consistently stressed the enormous obstacles the union faced. Moreover, their outstanding reporting on the Amazon campaign – which has probably done more to revitalize the “labor beat” than any other single union story – is another great legacy of the campaign, especially the detailed reporting on the actions Amazon took to “crush” the union campaign. Amazon’s brutal conditions and its anti-union shenanigans received extensive coverage not only in the New York Times, (Jeff Bezos-owned) Washington Post, Guardian and Wall Street Journal, but also in Teen Vogue and Elle and major overseas media outlets. Reflecting the quality of the coverage, Lauren Gurley and Edward Ongweso of Vice deservedly won a prestigious  “Sidney Award” for their reporting on Amazon’s anti-union campaign.

Focus Should be on Amazon’s Brutal Anti-Unionism, not RWDSU’s Organizing Tactics

The worst thing about having to respond to celebrity-seeking critics is that it would be far more fruitful to focus on Amazon and how it killed the union drive. Never in the past 50 years has labor’s rights received this kind of public attention: think how anemic the debate over the PRO Act would be were it not for the RWDSU campaign at Bessemer. The Senate hearings on the PRO Act ought to focus on what Amazon did to kill the union drive– and that’s what we should be talking about, not second-guessing the RWDSU’s organizing tactics based on scant knowledge of the campaign. The starting point for an effective PRO Act is there be some kind of consensus in this country, which, thanks to Bessemer, could be within our grasp, that our problem is the coercive power that employers like Amazon exert when they participate in NLRB elections.

The RWDSU drive at Amazon has provided this once-in-a-lifetime opportunity. The entire labor movement should be grateful for its brave and audacious campaign.