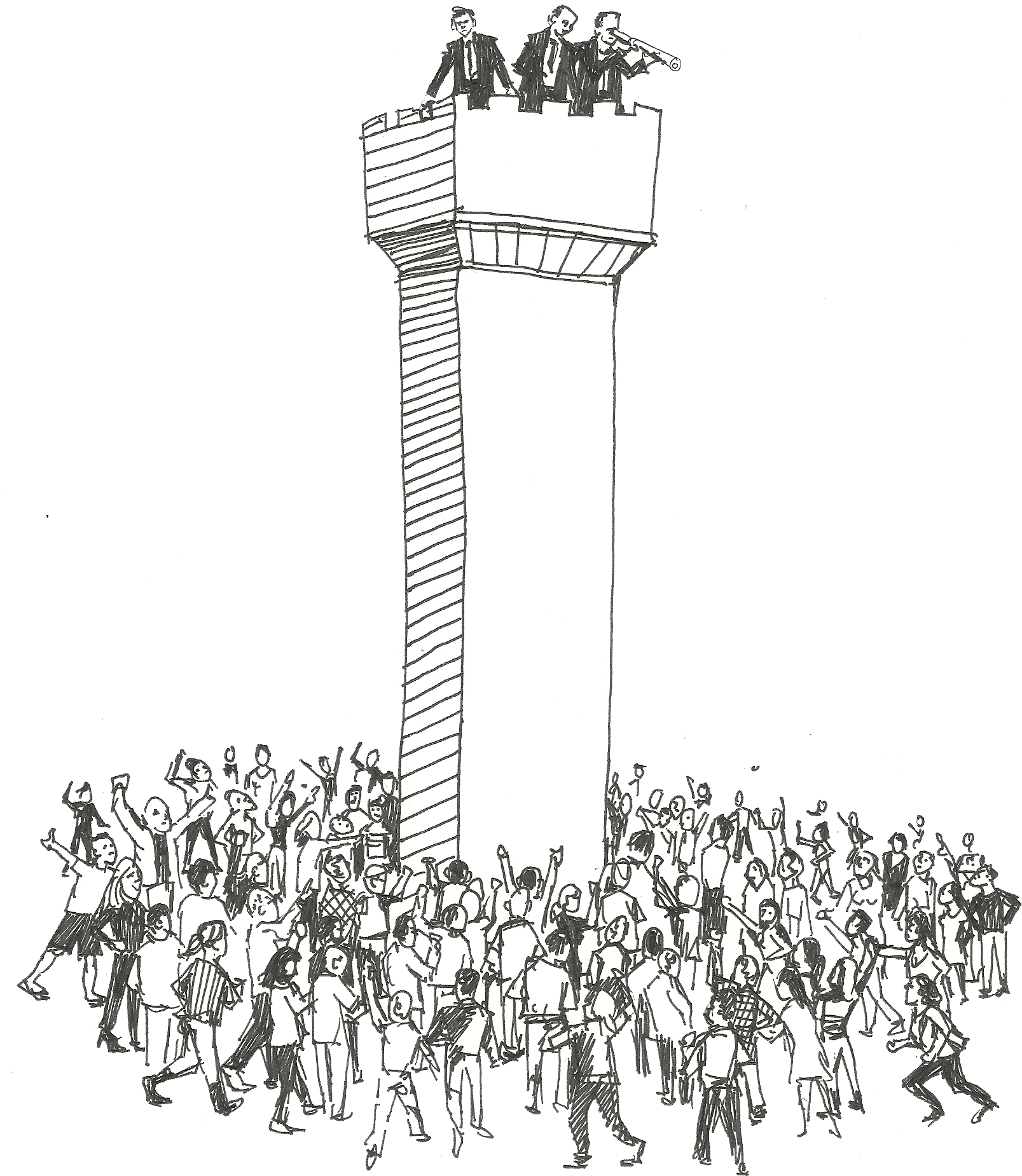 “Who can plan their life just one year in advance?”Non Tenure-Track Labor in Times of Crisis

Edward Brudney
Ed Brudney is Assistant Professor at the University of Tennessee-Chattanooga. He is working on two books, Changing the Rules of the Game: Labor, Law, and Citizenship in Authoritarian Argentina, 1976-1983 & Literacy, Memory, and Spaces of Justice: Exploring Commemorative Events of State Terrorism in Buenos Aires.
View all posts by Edward Brudney »

This is the second in a series of essays on “Higher Ed Wall-to Wall in Tennessee,” which will continue for the rest of this week. This series of posts highlights voices and union-led campaigns on higher-ed campuses across Tennessee. We hope to offer both a picture of the challenges that we face and perhaps some organizing solutions, particularly to other higher education employees in right-to-work states, to help navigate the shifting academic terrain that we are experiencing in the face of COVID-19.

Higher education in the United States has moved steadily away from the creation and maintenance of tenure-track lines for professors, and toward either instructorships, usually renewed on a yearly or multiyear basis, or adjunct labor, in which compensation is proportional to the number of credit hours taught, with no benefits. Though conditions vary dramatically, neither lecturers (also called instructors) nor adjuncts are typically guaranteed employment more than a year into the future. At the best of times, these workers confront looming uncertainty that hovers over their everyday lives. At moments of crisis, university administrators can see instructors and adjuncts as expendable, a way to immediately reduce costs for the coming academic year. The following is an abridged transcript of an interview with Thomas Richardson, a lecturer at the University of Tennessee, Chattanooga, who just finished their second year in the position. Their answers highlight this precarity and underscores the necessity of workplace organization for the protection of employees across higher education.

NB: This interview has been edited for length and clarity. A pseudonym has been used to protect the subject’s identity, and certain information has been removed to help guarantee their privacy.

EB: Can you give a quick summary or overview of your main duties? What does a typical day/typical week look like?

TR: Mine are really just teaching based, according to my contract all I have to do is teach. I don’t have to provide service to the university or anything like that…[but] the head of my department offered to allow me to help him with retention and recruitment, which has been really fun. So, I’ve been working with him on some different pilot programs to reach out to some local high schools. And he’s pretty great when it comes to my workload…he understands that because I teach [five classes per semester], I have a lot of grading and stuff to do, so any side projects…are pretty low maintenance and not a lot of stress. My week is usually a lot of grading and a lot of prep. I know I could probably set it up to make it easier for myself because in a semester I typically have about 200 students, so the grading load can get pretty intense. And then of course prepping for classes and trying to alter what I’ve done before, seeing what works and what doesn’t.[1]

EB: Before the crisis, how many hours [per week] do you feel like you spent on specific tasks like prepping and grading? How many hours are you in the classroom each week?

TR: Each week…I guess 12. In the beginning I was usually spending about eight hours/day on my off days just prepping for class. So, if I taught Monday, Wednesday, Friday, I would spend Tuesday and Thursday, eight hours just prepping and grading, because there are so many students. I think I have it streamlined now to where I do usually spend about four to five hours prepping on my off days, and then between two to three hours grading each day, if I’m being diligent. Otherwise I have binge grade days, which I try not to do…[It’s a lot of hours], but I try to take Saturdays off, and then the rest of the days I work.

EB: Thinking about the current situation, how are you feeling and how have the last couple months been?

TR: Obviously, it’s insane. Having to move everything online in such a short amount of time was stressful for everybody. I felt really lucky because I’d already taught a hybrid class[2] before and so I was at least familiar with how I could transition to online pretty easily. But I was really frustrated with how many students just dropped off the face of the planet and no one had a good solution of how to address it. Every time I brought it up everyone was just like “Well, just tell the Dean of Students,” and I’m like “for 25 students in a giant survey? How is that even feasible?” So that was really frustrating, not knowing what to do about them and how to reach out.

EB: How do you feel like your day-to-day work schedule changed since COVID-19? What did you have to adapt, what did you find especially difficult?

TR: Mine was finding activities other than just recording my lectures. I recorded a couple lectures, but they weren’t really making that much of an impact, I could tell. So, I had to quickly figure out activities for them to do other than just reading or watching me talk—for all my classes. So that meant more work, and…that took much more time than if I could just prep a lecture with a cool video.

EB: In addition to the concerns that you’re raising about teaching, are there any other issues that you see related to the university that are on your mind? Broader structural issues? Things that are important but not in the classroom as much?

TR: Yea, there’s shockingly not a lot of transparency about plagiarism reporting, and I get them quite a bit and I report them through the Dean of Students. But it’s never really clear what happens with students.  It can really affect their future. And I don’t really feel like that’s something that’s conveyed to them other than like one-on-one by faculty… 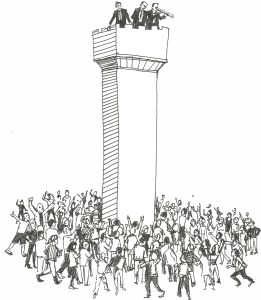 The other thing, and I don’t know how to say this delicately, the wage disparities are pretty disturbing. You know, especially because we have access to what everyone gets paid.[3] The university, like most universities, is moving toward more adjunct and instructor labor and away from tenure-track, and yet our university is growing exponentially and building these new buildings, and clearly there is a lot of money. They want education and our teaching to be better and better and better. We have to take these pedagogy courses, and we have to emphasize active learning and diversity in all of these different things, and there’s this huge push for us to do that, but they’re not financially incentivizing that. So, do more and more and more and more work for really the lowest pay that they can offer for you to do that. I think it’s great that they want to emphasize those things, but it just seems like there’s an obvious thing. Hire more instructors, so that we can have these really small classes and be really personal and provide these good experiences. And students wouldn’t drop off the map if they weren’t just a name in the crowd.

EB: Do you feel like the concerns you’re raising [between students disappearing and the number of instructors] are connected?

TR: Absolutely, yeah. If it’s so important to them to retain students and make sure that students graduate, then why not focus on the actual education part? It’s been shown that the smaller the classroom the better that students do. When I did AP grading, I was with a lot of [high-school] teachers and they all made double what I do.[4] I was astonished at that. And they’re great teachers, and many of my friends…work in public schools in California, and because they have a union that’s really strong, they get paid better than other teachers [from the South]. For me, it’s more of an issue of why doesn’t the South care about education and compensate educators in public schools and public universities? Why don’t we all get paid more?

When I first got here, the administration did finally set up a ranking system for instructors. So there could be a way to actually rise up and increase your pay and develop your career as an instructor. And so far, only one person in the department has been able to take advantage of that. And I think that’s great, but there’s also still no security. Will that department need that instructor long enough to reach that pay or benefits? Especially now that COVID-19 has happened and the jobs might be going away, security is the number one thing that I think everyone would really like. And if they are going more and more toward non-tenure-track faculty, I feel like that’s something that should be offered, right? Some sort of security, more than a one year contract. I mean, who can plan their life just one year in advance, and not knowing where you’re gonna be after that? I was talking about maybe we should save up to buy a house or whatever, but it’s like why? We don’t know where we’re gonna be in a year, so why buy a house? And as much as my chair says “We love you, we love all the things you’re doing, we love all the things you’re teaching,” well, what happens when they’re not chair anymore? Students could care less about what I teach…then what then? I gotta just find a new job?

“Thomas”’s situation as a precarious worker in academia is hardly unique. The number of adjuncts and instructors has risen steadily over the past two decades as universities expand their administrations and tenure-track lines disappear.[5] A central objective of UCW in Tennessee has been recognizing this struggle and making it a priority. As we move into the COVID-19 era, we need to acknowledge and resist the precaritization of those people who provide the very rationale for higher education and the effect it has on our students. Wall-to-wall organizing helps us confront these challenges and stand in solidarity with all employees now facing an uncertain professional future.

[1]  Thomas estimated the total number of hours per week as regularly falling between 40 and 50.

[2] A “hybrid class” refers to a class taught partially face-to-face and partially online.

[3]  This information is available at: https://data.tennessee.edu/salary-database/

[4] The AP exams given to high-school students rely on high-school teachers and college faculty, brought from around the country, to grade the tests. The large number of instructors, lecturers, and adjuncts who take these positions further reinforces their precarity and need for additional income, despite working full-time jobs at their universities.

[5] Data from the Government Accountability Office from 2015 suggest that more than 70% of instructor positions at US colleges and universities are non-tenure-track. See https://www.gao.gov/products/GAO-18-49.