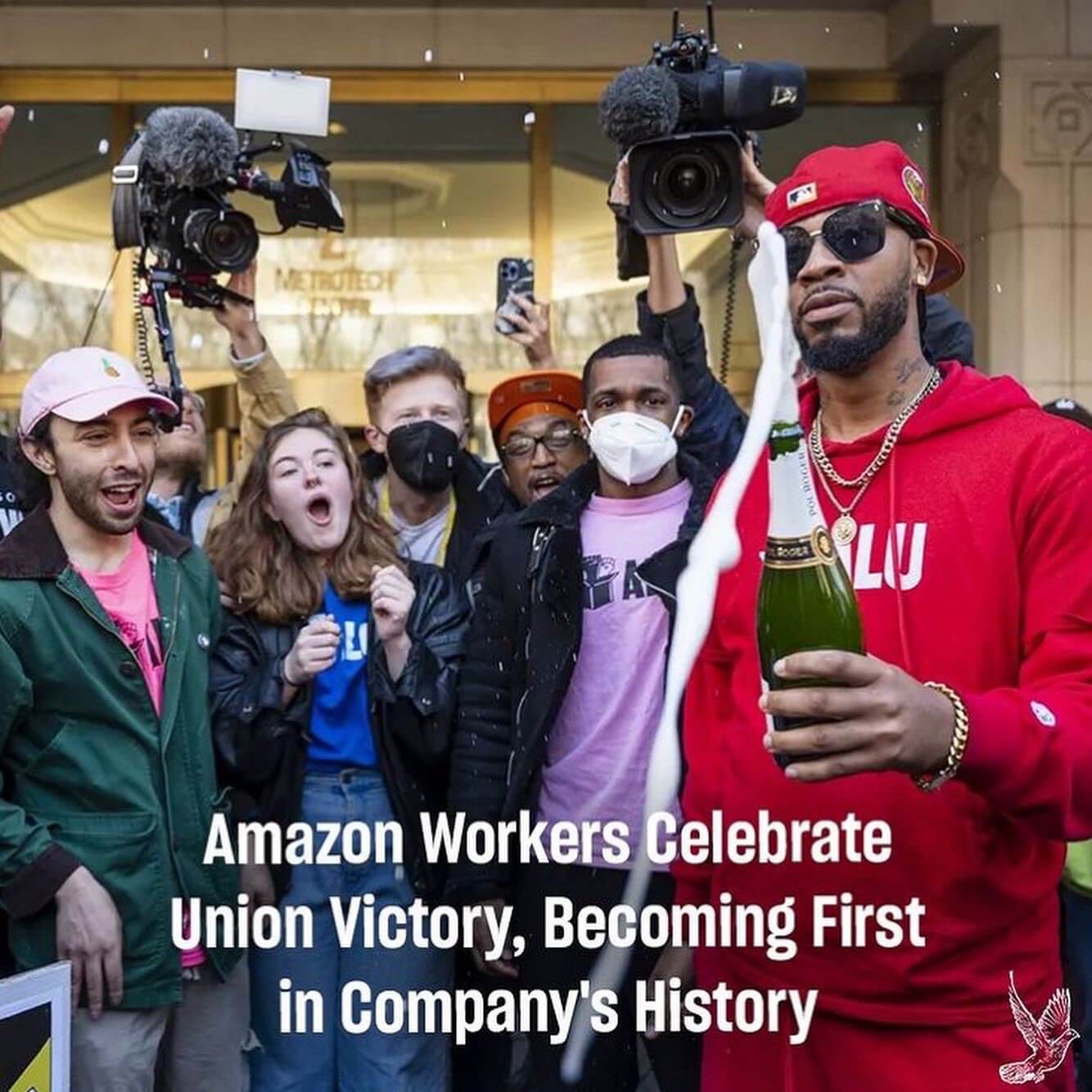 A Victory for HopeA Note about the ALU Victory with References

by Ian Rocksborough-Smith on April 4th, 2022

It has been an exciting weekend for the North American labor movement with the Amazon Labor Union victory taking centre stage – adding to the victories of recent precarious service-sector workers who have organized against other corporate behemoths like Starbucks. Something to consider is the important fact the ALU is made up of an incredibly diverse rank and file: in terms of age, gender, racial and ethnic backgrounds. It is importantly led by People of Color like Chris Smalls and Derrick Palmer, whose friendship and creative DIY and social media savvy tactics (ie. Tik Tok Union Hall) helped build this particular organizing drive and appears to have inspired the broader movement behind it.

Justine Medina, a member of the ALU organizing committee and a packer at the JFK8 Amazon warehouse reflects in Labor Notes, that the “basic thing” was this: “you have an actual worker-led project—a Black- and Brown-led, multi-racial, multi-national, multi-gender, multi-ability organizing team. You get some salts with some organizing experience, but make sure they’re prepared to put in the work and to follow the lead of workers who have been around the shop longer. You get the Communists involved, you get some socialists and anarcho-syndicalists, you bring together a broad progressive coalition. You bring in sympathetic comrades from other unions, in a supporting role.” Similarly, in an interview with Jacobin, Angelika Maldonado, who is “half-Hispanic,” reflected on the importance of reaching out specifically to different groups of workers, like her African co-workers and to Hispanic workers through organizers who could speak in their language. Maldonado also noted, “[w]hen coworkers found out I was also a mom, and that I was sacrificing all my free time to help build a union, a lot of them really saw how serious this was.” This helped bridge age-gaps as co-workers could see their common experiences.

These are promising times. Despite historically low unionization rates, recent polls suggest at least 2/3 of Americans approve of labor unions – the highest approval rating since 1965. The ALU seems to have come along at exactly the right moment, when a truly representative American working class is looking for a way to organize beyond the traditional, often bureaucratic structures of the past (like the AFL-CIO) but with due attention to radical organizing strategies, such as building large coalitions, that have gotten workers the goods.

The future looks bright. Here’s hoping we see more of this.