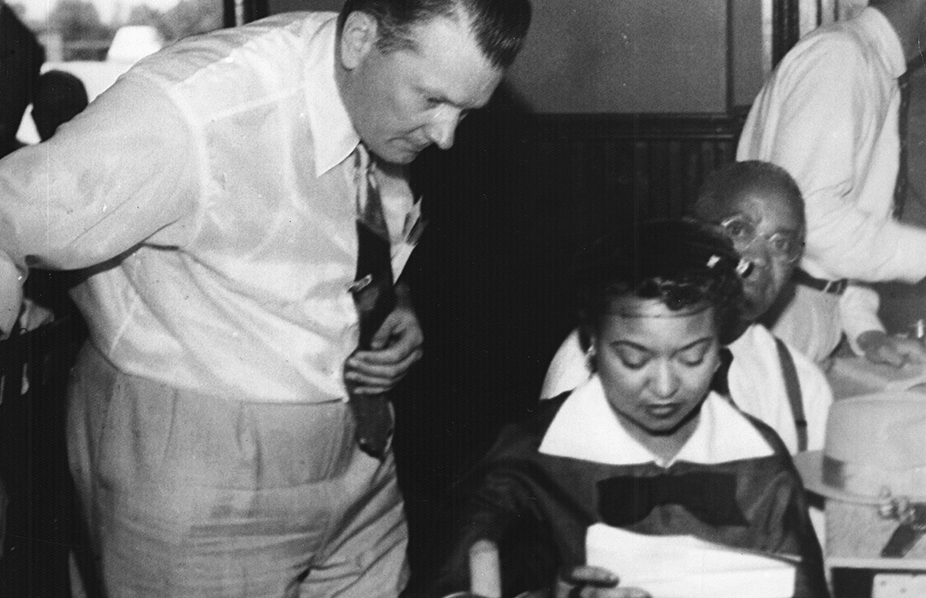 This recent issue of the Labor: Studies in Working Class History features a terrific essay “Did Emmett Till Die in Vain? Organized Labor Says No!”: The United Packinghouse Workers and Civil Rights Unionism in the Mid-1950s by Matthew Nichter that brings new light to the Emmett Till story. You can access it for free until August 1.

There have been a spate of new books on Emmett Till, whose murder in 1955 ignited a firestorm of activism by African-Americans. Elliott Gorn’s new book Let the People See, for example, reminds us that Mamie Till Bradley made the hard decision for an open casket showing her son’s grotesque bludgeoned body to force the world to see the barbarity of Mississippi’s racial system and force action. But Gorn suggests that few white people in the US were subjected to the image because only African-American press printed it. Only in the 1980s, he notes, with the Henry Hampton Eyes on the Prize series, did it reach the white population.

Matt Nichter’s new essay  intervenes in this story of  white blinders and shows that the lens of labor history reveals new insights. Nichter uncovers the witnessing and commitment of the left-led United Packinghouse Workers os America-CIO in the events surrounding the Emmett Till murder and the trial of his murderers.

Nichter, a professor of sociology at Rollins College, uses multiple biographies of organizers and rank-and-file members of the United Packinghouse Workers of America to shape a story that contributes to debates over  civil rights and unions in the 1950s. The UPWA was headquartered in Chicago, formed from the 1930s upheaval. It still hired from the Communist Party, which had a strong commitment to racial justice. It had a white majority with a vigorous black activist base. It also managed to avoid the CIO purge of the CP-led unions, and this essay shows that some of the key organizers around the Till campaign in the UPWA were from this CP orbit. It profiles the insidious effect of red-baiting within unions including the United Steelworkers, which took a formal position on Till’s death, but was more intent in steering Mamie Till Bradley away from the UPWA orbit.

In the end, the UPWA, after the purge of the other left-led unions, could not steer a broader path on the campaign because of these boundaries. Unions in the CIO such as the UAW and the USWA might issue statements on civil rights, and throw some funds towards the cause. But the kind of rank-and-file involvement that was part of the UPWA approach exemplified another approach.  This essay deepens our understanding of why the Cold War in the working class mattered, and how it shaped the limits of the labor movement in ways that resonate in the present.

Another remarkable part of the essay shows the convergence between the Till case and Chicago Trumbull Park, where white resistance to housing integration in Chicago, including white riots and other incendiary violence, was ongoing. The UPWA point-man there was organizer Frank Brown, who lived and stood his ground in Trumbull Park. Brown noted that the National Guard was protecting Emmett Till’s murderers at their trial, but would not protect blacks from the terror of white rioting at Trumbull Park. He was one of number of UPWA staff and workers who were involved in the Till case.

Nichter deploys rich biographies of white and black workers and organizers who were drawn into the case. These are filled with nuggets of insights on their paths toward civil rights unionism. For example, he profiles Dick Durham, who became publicity director for the UPWA after being fired from the Chicago Defender for a union organizing, and was a secret member of the CP. Durham led the campaign to send eight members of the union to Sumner Mississippi to witness the trial of Till’s murderers. Using two of the delegations reports, from Chicago and Louisiana, we see a rich portrait of the experiences of that witnessing. The majority of workers attending the trial from Louisiana were white, something that created a bit of a stir in the trial.