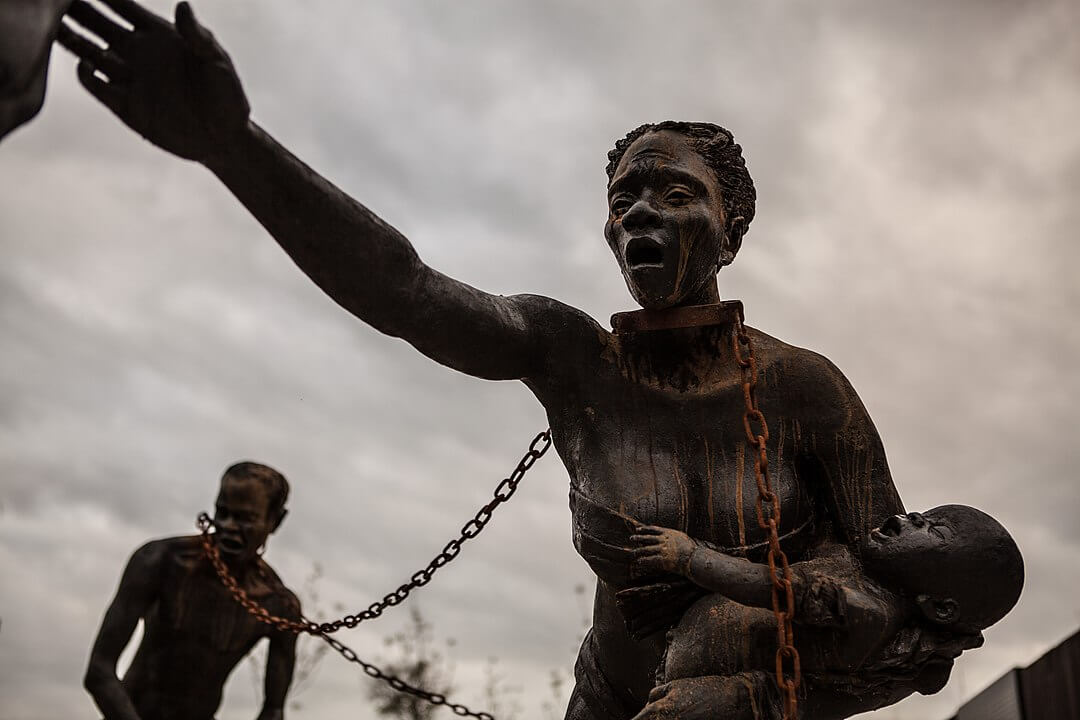 Alexandra Finley on Her New Book, An Intimate Economy

Our series of interviews with authors of new books in labor and working-class history continues with Alexandra Finley, author of the new book An Intimate Economy: Enslaved Women, Work, and America’s Domestic Slave Trade, which UNC Press published this month. Finley, an assistant professor of history at the University of Pittsburgh, answered questions from Jacob Remes.

An Intimate Economy puts women’s work—especially their reproductive, domestic, and sexual labor—at the center of slavery? How does attention to enslaved women’s work change our understand of how slavery worked?

Centering women’s work allows us to see how the institution of slavery affected daily life and how enslavers profited from every aspect of enslaved peoples’ labor. Slavery was not only about cotton and commodities but also about personal, intimate work. This work is often overlooked or minimized when we think about the legacies of slavery. Enslaved women’s labor created material wealth and material benefits, but it also created wealth that can’t easily be articulated in ledgers and account books. It’s these intangible values that come into focus when we pay close attention to enslaved women’s domestic work. One of the women I write about, Corinna Hinton, created material and immaterial benefits for the man who enslaved her, Silas Omohundro (who was also the father of her children). Hinton ran a boarding house in his name, cooking, cleaning, and sewing for his customers. This brought him cash. While it didn’t create material wealth, Hinton’s emotional and sexual labor for him was no less important. This labor produced feelings of mastery, domination, and racial superiority that were not insignificant just because they were intangible.

What are your sources like? Were you able to excavate enslaved women’s experiences of their reproductive labor?

I have a real potpourri of sources and tracking them down has been an adventure, taking me from dusty courthouse basements to elegant museums. In some cases, I looked at old sources in new ways and in other cases I excavated untapped records. As an example of the former, in one chapter I relied heavily on the account books of Hector Davis, a slave trader based in Richmond, Virginia. Historians had looked at the Davis account books before but they had been asking different questions of them. No one had noted, for instance, the number of times that women’s names appeared in those pages. Nor had anyone investigated the names of those women further. One of the women who appears most frequently, Virginia Isham, was actually the wife of a man who Davis enslaved.

As an example of the latter, in many cases I relied heavily on state and local records. I think people would be surprised how many rich sources lie unexamined in city, county, and parish institutions. In several instances, the court records I used had not been opened since the judge’s ruling; the archivist had to untie the fraying ribbon that held them shut and then go through the process of humidifying them and preparing them for me to look at (shout out to the folks at the New Orleans Public Library!). Those smaller, local court records are sometimes the only surviving window into the lives of people who didn’t possess economic and social power.

How can attention to enslaved women’s domestic labor inform contemporary discussions about, and demands for, wages for housework?

One of the themes of the book is how women’s socially and biologically reproductive labor is the foundation of the market economy. Over time, the forms change, but the function remains. Looking at enslaved women’s labor in particular puts into stark and horrifying relief the value of that work because slave traders attempted to commodify and place a value on the health and physicality of the human body.

My students often come into my classes with the idea that enslaved women who did domestic work had it “easy” or “better.” In other instances, students write about how women of all backgrounds “only” or “just” did housework. By the end of the semester, my goal is to help them understand how difficult and vital domestic labor is and why they came into class believing the opposite. Domestic work is usually performed by women and, in the twenty-first century, paid domestic work is usually performed by women of color. Part of why society devalues such labor is because of the ways in which it has been gendered and racialized. The first step in acknowledging that in a contemporary context is understanding the historical processes behind it.