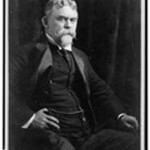 Beyond the Right: Anti-Unionism and Reform

A clear-eyed assessment of current attacks against organized labor reveal that the “right”—the Republican Party and its electoral, financial, and ideological supporters—is not the exclusive source of labor’s problem. This is certainly the case in the public sector. School teachers throughout the nation, for instance, are currently facing numerous challenges from politicians, and Democrats have been especially problematic.