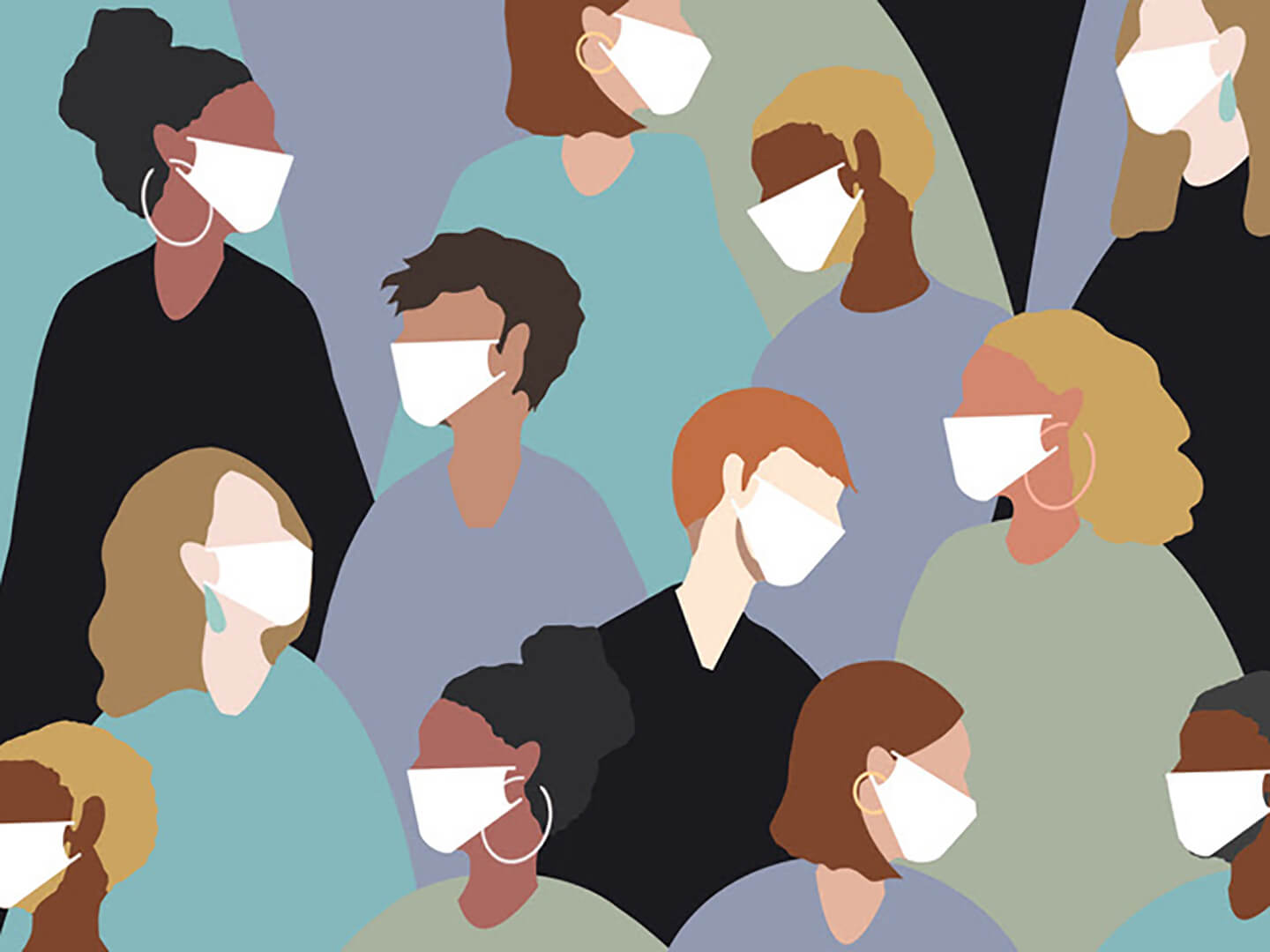 Martin Bennett
Martin J. Bennett is Instructor Emeritus of History at Santa Rosa Junior College and a Research and Policy Analyst for UNITE HERE 2850.
View all posts by Martin Bennett »

The global coronavirus pandemic is walloping California, and Governor Gavin Newsom has ordered all 40 million residents to ‘shelter in place’ except for travel to purchase groceries and prescription drugs. He also urged Californians to practice ‘social distancing’ from non-family population members. The governor banned large public gatherings and ordered all schools and non-essential businesses to close. The legislature appropriated $1 billion to fight the deadly virus.

Public health and infectious disease experts cannot foresee the development of a successful vaccine for another 18-24 months. Yet these experts suggest that the experiences of other countries that the virus first hit hard—including China, South Korea, and Italy—point to a successful public health strategy, which includes early and widespread testing; closing schools and non-essential businesses; two-week quarantine for those exposed to infected individuals; and isolation for people testing positive can significantly slow the spread of the highly contagious disease and prevent overburdening hospitals and the public health infrastructure.

According to the Bureau of Labor Statistics, only 29 percent of the workforce can work remotely, however. Consequently, paid sick leave is necessary for those who must work away from home; and those who are quarantined, isolated, caring for ill family members or children; and health care workers exposed to the virus.  Paid sick leave is critical for the effective implementation of a comprehensive ‘shelter in place’ strategy to curb the pandemic.

The Center for Economic and Policy Research documents that the United States is the only country among 22 wealthy democratic nations that does not guarantee universal paid sick days or paid sick leave.

Many of the low-wage workers who lack paid sick leave—home care, nursing home, health care, child care, janitorial, pharmacy, transit-related, grocery and food service, warehouse and delivery workers—provide essential front-line services and a majority are women, immigrants, and workers of color. They are constantly at risk of exposure to the coronavirus and other infectious diseases due to frequent public contacts.

The federal ‘Family First Coronavirus Response Act’ approved last month to address the pandemic does provide 14 paid sick days (80 hours) for workers affected by the corona crisis (the incubation period for the virus is up to two weeks) and 12 weeks for parents who must care for children at home when schools close. Federal paid sick leave is temporary and expires on December 31st. Businesses can also receive a payroll tax credit to offset the costs of paid sick leave.

Holes in the Federal Emergency Legislation

But the federal legislation includes gigantic loopholes. Companies with more than 500 workers (e.g. McDonald’s, Marriott, Exon, Chase Manhattan, and Wal-Mart) are exempted—and firms with less than 50 employees can apply for a hardship exemption. According to the New York Times, only 20 percent of the entire workforce is covered by the new federal paid sick leave policy.

Big businesses, supported by the Trump administration, blocked a more expansive temporary paid sick leave policy for the COVID-19 crisis along with the Democrats’ proposal for permanent paid sick leave. According to the UC Berkeley ‘Shift Project,’ only one in four workers employed by some of the nation’s largest employers such as McDonalds, Holiday Inn, Pizza Hut, Wendy’s, Subway, Old Navy and Family Dollar have access to paid sick leave.

As an alternative to the limited federal legislation, states and local jurisdictions can enact paid sick leave: ­­13 states—including California that approved three paid sick days for all workers in 2015–and 22 cities, including San Francisco, Emeryville, Oakland, Los Angeles, Santa Monica, and San Diego, now mandate universal paid sick leave. In Oakland workers at firms with less than ten employees can earn up to five days of paid sick leave, and employees of large firms can accrue nine days paid sick leave per year. Unused paid sick leave is capped but can carry over to the following year.

The State of New York just approved emergency paid sick leave for most residents who are under mandatory quarantine or isolation orders, or for the care of infected family members and children. Employees of large firms with more than 100 workers and public agencies of any size receive an immediate 14-day (80 hours) paid sick leave. Employees of medium-sized firms with 10 to 99 employees are entitled to five paid sick days, and access to special paid family leave and short-term disability. Small businesses must minimally grant unpaid sick leave to employees. All New York residents are guaranteed job protection during a mandated quarantine order. In addition, Governor Cuomo and the New York legislature approved five permanent paid sick days annually for small employers and seven for large employers.

Governor Newsom and the legislature should now enact legislation comparable to New York, providing emergency 14 paid sick days for Californians affected by the coronavirus­­––but our state and local elected officials should go much further and make paid sick leave permanent. The virus may be contained in the next several months, but experts warn it could continue to circulate, causing new outbreaks over a year or more. Paid sick leave is also necessary to address other infectious diseases such as influenza, afflicting 35 million and responsible for 34,500 deaths in 2018-2019, and norovirus­­–a significant cause of food poisoning affecting 20 million Americans each year.

Hence, the governor and the legislature should raise to nine the number of annual permanent paid sick days all California workers can accrue. Such bold action will align the state with Oakland, Emeryville, Santa Monica, and San Francisco, the California cities with the most generous paid sick leave policies.

Paid sick leave that employees accrue annually (usually one hour earned for every 30 hours worked for both full-time and part-time workers) is good for business, workers, consumers, and public health. The National Partnership for Women and Families has summarized peer-reviewed and academic studies about state and local paid sick leave policy:

+ Workers who lack paid sick leave are 1.5 times more likely to spread a contagious illness like flu or viral infections, and more likely to expose co-workers to the flu or colds than those with paid sick;

+ 60 percent of food service workers reported working while sick and nearly half did so because they lacked paid sick days;

+ Sick food service workers are involved with nearly half of all restaurant-related outbreaks of foodborne illness;

+ Workers with paid sick days recover more quickly from illnesses than those without, and employees lacking paid sick leave are more likely to prolong illnesses by working when sick;

+ Local jurisdictions with paid sick leave experience lower influenza rates than those without;

+ Employees without paid sick leave are twice as likely to send their ill child to school compared to working parents with paid sick days;

+ Job turnover is lower for workers with paid sick leave, saving employers the cost of employee hiring and training and yielding increased worker productivity and a higher quality of services;

+ Patients in nursing homes providing employee paid sick leave to workers experience lower rates of respiratory and gastrointestinal illnesses than those without;

+Paid sick leave promotes economic security for workers. If a typical California worker without paid sick leave loses seven days because of illness, that is, on average, equivalent to their family’s monthly grocery bill (for two parents each working full-time to support two children).

The coronavirus crisis has revealed the lowering of labor standards, the shredding of social-safety-net protections, and the downsizing of the public health infrastructure since the 1970s. Paid sick leave is an essential part of a progressive agenda to address the coronavirus crisis and restore economic and social security for American workers.

Martin J. Bennett is a longtime LAWCHA member, an Instructor Emeritus of History at Santa Rosa Junior College and a Research and Policy Analyst for UNITE HERE 2850. This post originated at BeyondChron. Contact him at [email protected]