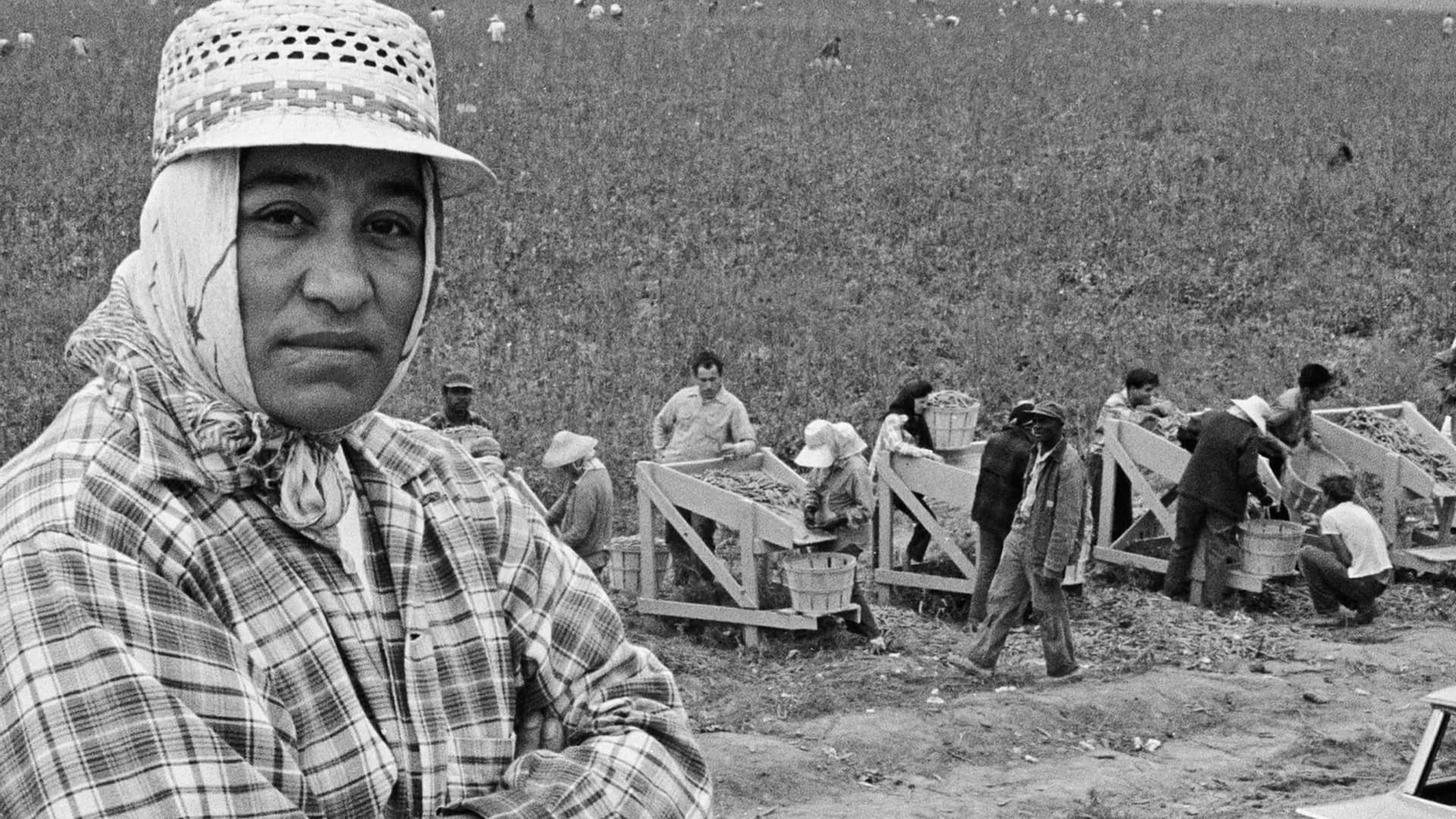 Ed: This is one of a series of conference notes from the recent LAWCHA conference. If you have reflections from one of the panels or plenaries, please send them along.

Talking for Justice! Maria Mareno and Restoring the Legacy of Migrant Women’s Activism-LAWCHA19

This was a roundtable with a film viewing of Adios Amor—The Search for Maria Moreno at the 2019 LAWCHA conference.

The film, narrated by the  director, Laurie Coyle, traces Coyle’s attempt to recover Maria Moreno (1920-1989) from the shadows. Moreno was the first woman organizer of the Agricultural Workers Organizing Committee (AWOC). Coyne had discovered Moreno when researching for the film, The Fight in the Fields: Cesar Chavez and the Farmworkers’ Struggle (1997), and wondered why she rose and then vanished from the record. She uses her search to explore wider questions, about how the personal and political intersect, the connections between religion and the passion of working class life, and why women like Moreno are often lost in the record of working class struggle. Taking us step-by-step through her discoveries in archives and attics, the search for Moreno’s children, and the comments of people who remembered Moreno in personal and political setting is very effective. The deep questioning of archives was fruitful and help to explain omissions.

The film documents the courage and dignity of unorganized farmworkers in the so-called “affluent sixties,” despite an abusive system that banked on their exploitation. The great visuals recovered from activist photographer George Ballis, and oral histories of Moreno’s children and those who witnessed her struggles and those of other farmworkers, depict deep poverty amidst postwar abundance.

Moreno was like many a suffering migrant mother until a 1958 flood and the unconscionable near starvation of her family provided a platform, bringing her out of the shadows and turning her into a labor organizer. The film shows her fearlessness in private and public and missionary life.

Moreno’s family of 14 lived in a 14×16 house, with barely enough to eat. Then it got worse when the flood led to lack of work, and when racist rules denied relief for migrant farmworkers; this led her family to near-starvation. Moreno’s testimony before the 1959 California Industrial Welfare Association hearings, where she told of how her 19 year old son, who had worked in the fields since he was five, went blind for 3 days because he sacrificed his own meals for the younger children, was so powerful it caused a reversal of policy. The testimony caught the attention of Norman Smith, the head of the AWOC, the newly chartered AFL-CIO union,; Smith recognized her power, and soon hired her as an organizer. The film shows how during this time Moreno transferred her experience as the daughter of Baptist minister into a pulpit and missionary for the farmworkers cause. She had little use for backroom deals. Her inclination to “Throw up a picket line!” irritated officials at the AFL-CIO with an inclination toward backroom bargaining.

Moreno captured the hearts of several male reporters and photographers, part of a generation of activists who documented and interviewed her, but whose records remained obscured until Coyne’s search uncovered them. The strong memories of Moreno’s powerful presence and voice are conveyed through these memories and audio tapes, as well as through her children, who contacted Coyne after her advertisements in radio and newspapers in the Latinx community. Another discovery were tapes at the Reuther archives where Maria is speaking at Berkeley, where she comments, channeling Sojourner Truth, “I’ve been a worker all my life,” and can “handle a job like a man.” Coyne also recovered the one surviving copy of Poverty in the Valley of Plenty, the film that AWOC was using as an organizing tool and which became part of the story of Moreno’s fall. DiGiorgio obtained an injunction against using the film for community-based organizing. George Meany, who was not very interested in support for farmworkers anyway, used the opportunity to pull the plug on the organizing project. Maria and others led a campaign to restore support, but then she was afterwards off the payroll. Even as Coyne was making the film, she was told the DiGiorgio film was still off limits to her. In the intervening time, it’s been made available, she announced during the discussion. (Warning: it’s full of castigation of “illegal” immigrants.)

Moreno brought a sensibility of bottom-up organizing that  rankled the AFL-CIO leadership, and that explains why she was let go, the film concludes.  Moreno went back to a quiet life, in part, the film suggests, because even when the new United Farmworkers Movement was organized, Chavez distanced himself from her, considering her a rival.  Moreno found another calling in creating a community through a Baptist ministry one focused on the poor farmworkers of Mexico and Texas.

The panel discussion after the film drew connections between past and present, connecting the film’s story to  a model of organizing that is more woman-centered.  Panelists spoke about their efforts to support women as rank-and-file activists and about developing leadership through story-telling, of using the platform mihistoria, of organizing efforts that make the private political, especially violence against women in the fields and in farmworkers communities. Several participants felt that the film would be a great union and classroom tool to elicit more hidden stories. I thought the film might be good one also for introducing archives and history to new history majors, one that might convey a sense of the mystery and fun of history research. Several of us suggested that more context at least in the ancillary materials, could enhance the film.