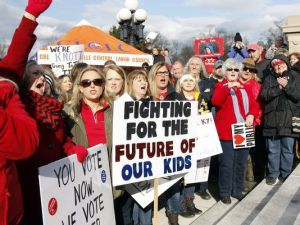 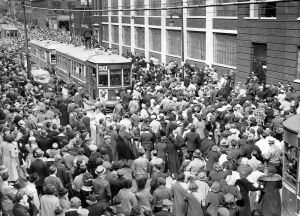 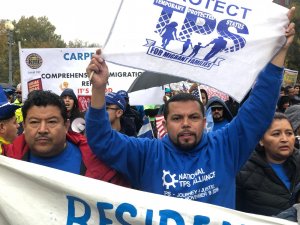 How do I join?

Once you register, and again prior to the conference, we will email you with a link and a password to the page with our Zoom room information, including passwords.

Already registered? Go straight to our Zoom information page. Note: this page is password protected. You should receive this password in your email once you register, and again throughout the conference.

College for All and a National Agenda for Labor in Higher Education
This summit brings together LAWCHA members, labor activists, Scholars for a New Deal for Higher Education (SFNDHE), and union representatives serving a variety of higher ed workers to discuss the College for All bill and how to use it as a foundation for a bottom-up national movement, one that demands fair funding, fair tuition, and fair labor. SFNDHE successfully fought to include labor provisions that prioritize contingent faculty and tenure-track positions in the College for All bill–but there is still more to be done. LAWCHA members, as labor scholars, higher ed workers, and union organizers, have a vital role to play in this national agenda and the federal legislative battles ahead.

Friday, May 21, 12 – 1:15 pm ET
The Personal is Historical: Incorporating Family Legacies and Personal Experience into Labor History
Working People and (Human) Capital: Class, Race, and Education in Twentieth Century America
The “Frontline” at Home: Domestic Workers as Essential Workers
From the Prison to the Pandemic: Histories of Criminalization, Migration, andEssential Work in the U.S. and Europe
High Tech as Management Ideology and Workplace Praxis
On the Margins of Labor and Capital: Shifting Social Identities in the Global South
Histories of Unions at the University of Illinois at Chicago
Management, Vigilantism, and Repression from the Civil War to the 1930s
Union and Worker Responses to Police Brutality and State/Corporate Repression in the Early to Mid 20th Century
Friday, May 21, 1:45 – 3 pm ET
Working-class Coalitions and the Emerging Neoliberal Order, 1970-1990
Hot Off The Press!: A University of Illinois Press Showcase
Academic Labor Union Density Growth (2013-2019) in Perspective
Comparative Approaches to Labor History: Canada, Brazil, and the United States
Agrarian Crusades: Interracialism and Cultural Politics in the Late Nineteenth-Century South
Visual Culture and Struggle in Latin and Latinx America
Gig Work in the Woods – The Long History of Contingent Logging Work in Maine’s Woods, 1850-2020
Saturday, May 22, 12 – 1:15 pm ET
Anti-Apartheid Organizing and the Long Civil Rights Movement in the United States: Corporate Research, Bank Campaigns, and the Push for Sanctions
Writing Puerto Rican Labor History: A Discussion of ‘Colonial Migrants at the Heart of Empire’
Metzgar’s Striking Steel: A Twenty Year Retrospective
Broadcasting the Working Class: A Podcast and Community Radio Workshop
Canaries in the Coal Mine: Sex Workers at the Front Lines
Walls, Bars, and Fences: Incarcerated Workers in Canada’s Past and Present
Saturday, May 22, 1:45 – 3 pm ET
New Directions in Faith, Labor, and the Common Good
Red, Green, and International
Teaching Labor’s Story: Writing Workshop
The Home as an Essential Workplace
Entangled Histories of Racial Capitalism in the United States and South Africa
Essential in the City: Working People and Organized Labor in Times of Urban Crisis
Networks of Working-Class Organization in the American Midwest, 1900-1970
Saturday, May 22, 8 – 10 pm ET

Essential Workers in the Food Industry during the Pandemic

The early weeks of the pandemic seemed to teach a general lesson about “essential labor,” a lesson that seems to have been largely forgotten since. In the meantime, the struggle to raise the federal minimum wage continues, despite the recent setback. This panel considers the possibilities of organizing in fast food and other restaurants, as a particularly militant part of the US working class historically, and today.

LAWCHA/UALE Cultural Event: A Night of Poetry and Music

We will gather with the United Association of Labor Educators for a screening and roundtable discussion of Julia Reichert and Steve Bognar’s documentary film, 9to5: Story of A Movement.

The LAWCHA Membership Meeting will begin with a short greeting from an organizer of the B’Amazon Union Council of RWDSU, which is supporting the organization of workers at Amazon warehouses in Bessemer and across the South. The meeting will also include the announcement of this year’s LAWCHA Distinguished Service to Labor History Award and other prizes, and a discussion of LAWCHA’s future led by Vice President Cindy Hahamovitch.

Thursday, May 27, 12 – 1:15 pm ET
Public Sector Workers on the Front Lines of Democratic Existence
Roundtable: On doing global labor history: challenges and benefits
Gangsters, Deindustrialization and Labor History for the Fashion Industry:Perspectives on New York City’s Garment District
Economically Essential, Medically Marginal: Latinx Migrant Worker Health on theFront Lines of Twentieth Century U.S. Industry
Exploring Black Power, Political Resistance, and Social Movements
Democracy in Public Sector Unions
Education and the Making of Working-Class Politics in Boston
Collective Bargaining from All Sides: Unionism, the Faculty Senate, ContingentFaculty, and Academic Administration
Labor and the First Amendment: Recovering the Past, Reclaiming the Future (Co-sponsored by UALE)
Tapping into Crises: Identity, Cultural Production, and Exploitation in America’sHistoric Brewing Industry
Thursday, May 27, 1:45 – 3 pm ET
Cold War Labor: Crossing Borders, Crossing Systems
Setting the Stage for Restructuring: Government, Organized Labor, and Finance Capital’s Responses to the Prospect of American Industrial Decline
Multispecies Workforces and the Limits of Solidarity
On the Front Lines Against Fascism I: The Making of US Antifascism
If We Can’t Enforce Our Rights, Then No One Will: The Worker-driven Social Responsibility Model’s History and Impact on Supply Chains
Racial Capitalism and Labor History
Community Organizers and the Building of Worker Power
Dignity and Labor: The Push for Fair Pay and Social Respect, 1919-1946
On the Imperial Frontline: Radical Activism across Borders
Thursday, May 27, 8-9:30 pm ET

Recent years has seen surging interest in workplace issues as more workers engage in strikes and express interest in unions. The pandemic has further heightened labor conflicts, as inequality of many sorts soars, people debate the nature of essential work, and the gig economy expands but also is challenged. What will historians of the future make of it all? It’s often been said that journalism is the first draft of history. Join some of today’s leading labor journalists–whose proliferation itself is a sign of greater importance of labor